The Festival Bush Orchestra was initiated by Graham McDonald as a way of exploring collected dance tunes through simple arrangements. He passed the baton on to Greg O'Leary who similarly arranged and taught some tunes. My son James and I took it on in 2012. We were allocated a 5 minute spot in the Budawang final concert and we managed to get 25 musicians on, perform and off in just over 6 minutes. From 2013 to the present I have done the arrangements and conducted the orchestra and our final concert has been a programmed event.

The Festival Bush Orchestra has become an important part of the participation side of the National Folk Festival. Truly, it is the participatory events of the NFF that distinguish it from other music festivals. 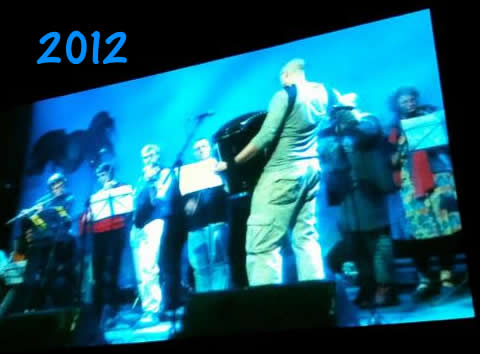 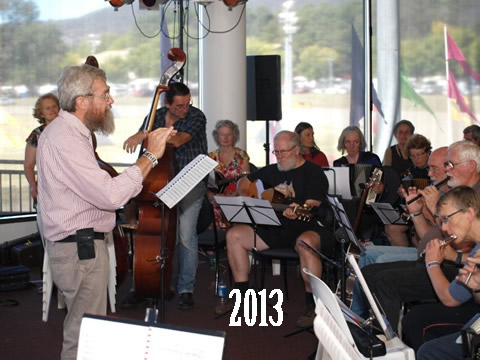 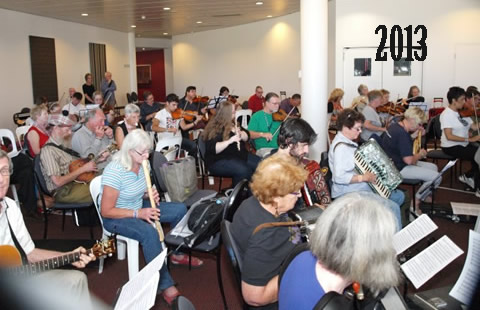 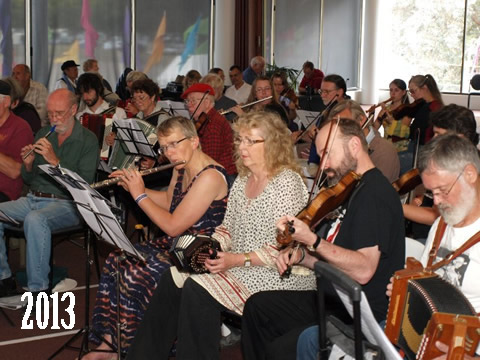 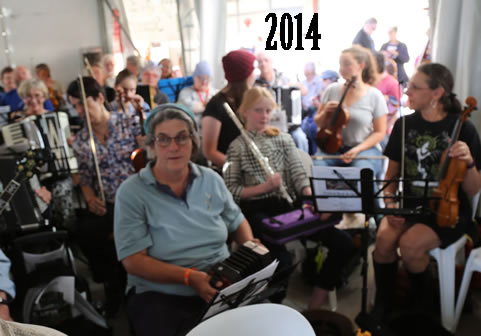 You are very welcome to play with the Festival Bush Orchestra. You will need to be proficient (not expert) on your instrument and be able to sight read music (and will, of course, need to have a ticket for entry to the festival).

Generally, the First Parts are the tunes pretty much as collected. The Second Parts aim to add some interest around the tunes. The Third Parts are generally fairly easy and they add extra colour to the sound. The Bass Parts provide an underpinning line written in bass clef. The Clarinet part is written a tone higher and the saxophone 3 semitones lower to suit.

Please use the contact form at the bottom of the page to communicate:- to provide feedback on arrangements; to offer suggestions for inclusion in future festival orchestras; and to report on how you have used the arrangements locally.

Earlier Arrangements of Tunes in Parts 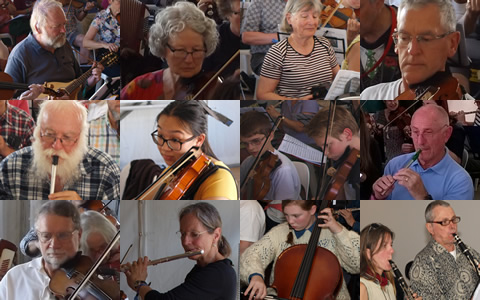 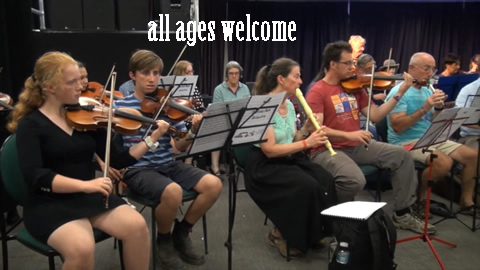 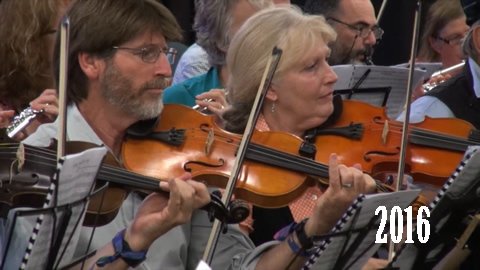 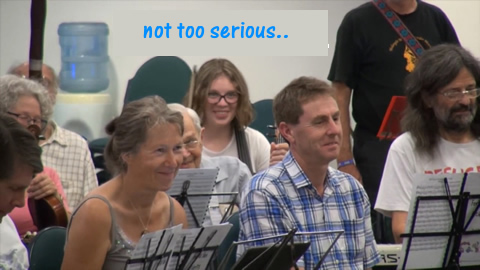 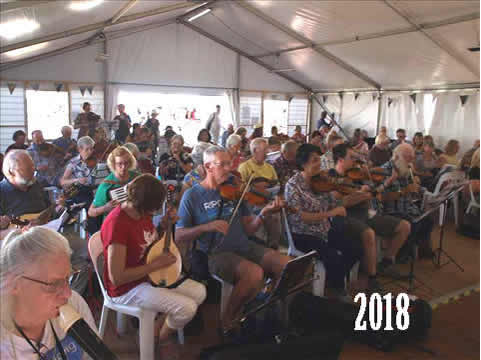 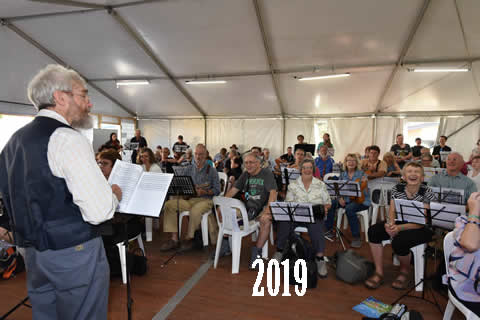