A little-known Australian poet and contemporary of Lawson, Paterson and Dennis 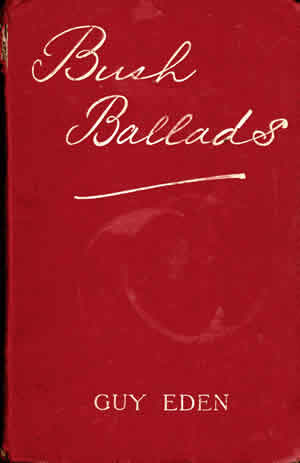 Guy Ernest Morton Eden was a songwriter/ composer who was writing for the London stage at the end of the 19th and beginning of the 20th centuries. His talent was in lyric writing so in most of the researched works he is credited with the lyrics and his coauthor with the melodies. With Reginald Somerville  he wrote romantic opera The 'Prentice Pillar (1899) and The Mountaineers (1909) , and songs Beyond the Stars (1899), The Legend Of The Edelweiss (1909), and Doubting (Zweifel) (1909). He is also credited with songs I'm a Gal of Tennessee. (1899), Bon Jour, Ma Belle! (Music by AH Behrend) (1916) and Susanna (1918) As well as writing for the London stage, Guy was a distinguished lawyer and he published two novels and a book of Australian verse, Bush Ballads (Sisleys, London, 1907). This publication is the reason for the inclusion here.

As a student studying at Sydney University I often distracted myself with browsing in the Stack, the research section of Fisher Library. Here I found Eden’s Bush Ballads. When I read them a few leapt out of the pages as having a suitable rhythm and meter to warrant being given a tune. I photocopied them and filed them trusting in my memory to provide the details when needed. The years passed before I redisovered them amongst some papers in a folder labelled Songs pending. I must have been feeling creative and proceeded to set them to music but alas could not recall the author, so was obliged to credit that ubiquitous songwriter Anonymous. I recorded the songs and included them on my Rough Sawn CD. Then one rainy Sunday I was cruising the internet looking for interesting things on eBay and up came a book of Bush Ballads from a seller in Western Australia. On the offchance it might be worthwhile I bid and won it. When it arrived I was stoked to find the missing author - Guy Eden. The volume had been used as a drink coaster and a child had used it to practise scribbling, but fortunately with soft pencil that was easily erased.

To put the book into an Australian literary historical context here are the publication dates for Eden's contemporaries. Banjo Paterson’s Man from Snowy River and Other Verses was published in 1895 with his other poetry publications continuing till about 1900. Henry Lawson was published in the time period from 1896 to 1913. The Bulletin Reciter was published first in 1901 and Paterson’s Old Bush Songs  was first published in 1905. The Oxford Book of Australasian Verse in 1918, and CJ Dennis Backblock Ballads and Later Verses in 1919. The material covered in Guy Eden’s bush ballads suggests that he had substantial first hand experience of life in Australia.

His father, Charles Henry Eden, (1839-1900), is described in the Australian Dictionary of Biography as “a public servant and writer” who arrived at Moreton Bay in 1863. According to his My Wife and I in Queensland: An Eight Years' Experience in the Above Colony with Some Account of Polynesian Labour (London, 1872), the older Eden shepherded at Pilton, obtained a post in the Registrar-General's Office, spent two years at Mount McConnell and searched for gold at Calliope and Gympie in 1867. In Brisbane in 1868 he was appointed police magistrate and subcollector of customs at Cardwell at a salary of £300. After an inquiry he was dismissed in March 1870 and left to return to England. 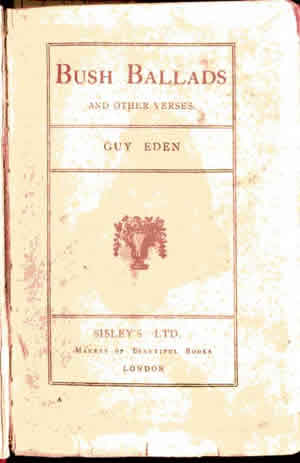 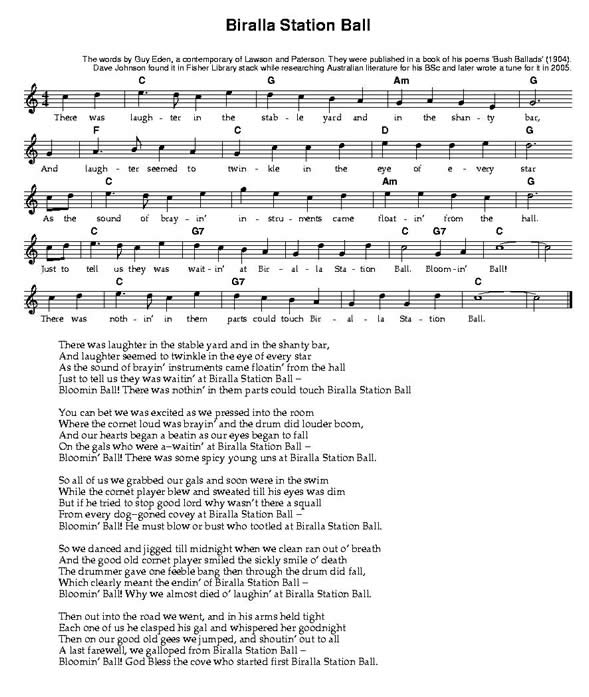 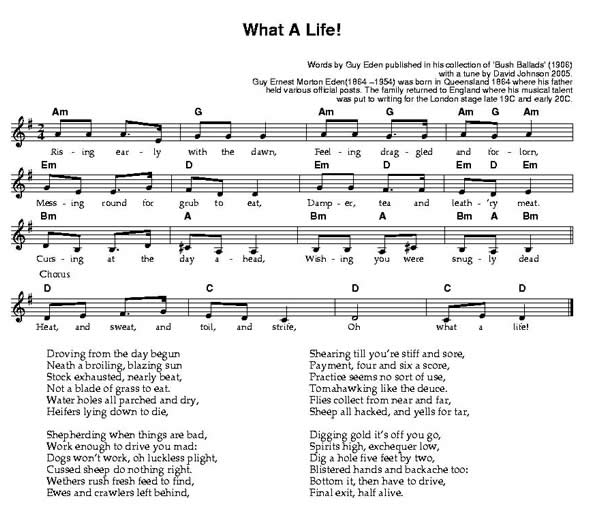 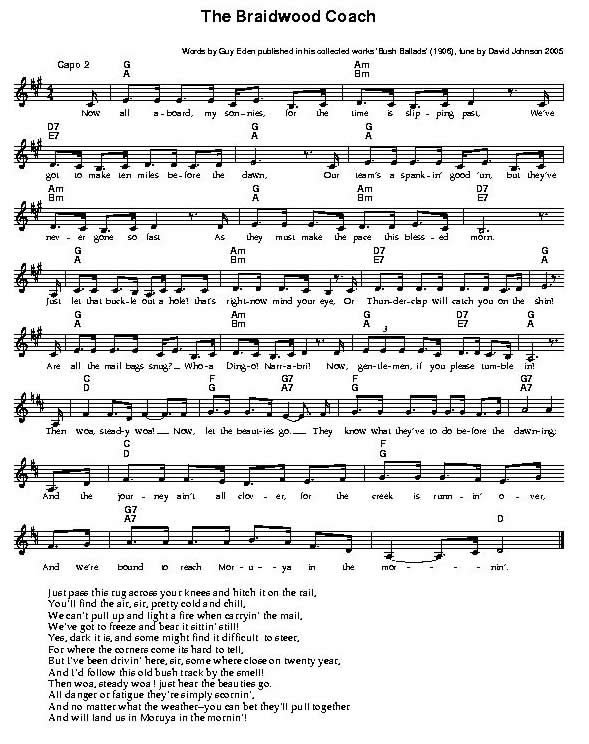