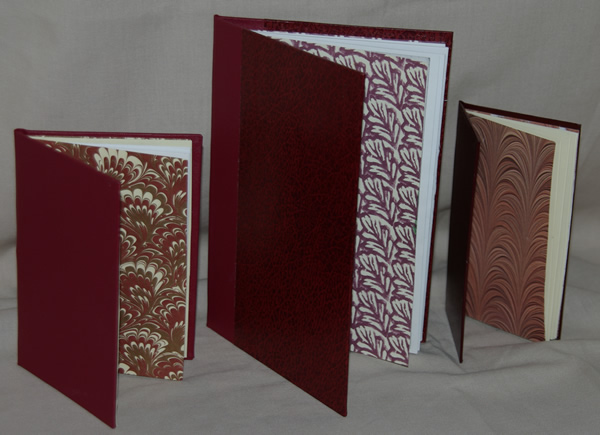 These were some practice tasks to acquaint me with the techniques of basic bookbinding before moving onto the projects I had in mind. 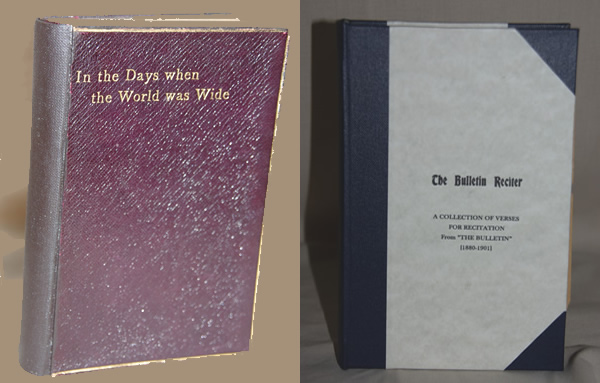 A couple of valued old books needed repair. The first edition Henry Lawson's Poems had no spine and the original Bulletin Reciter had no cover at all. 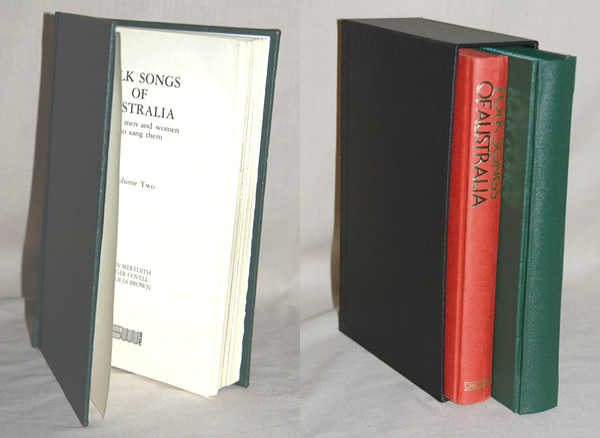 It had bothered me that the second volume of John Meredith's Folksongs of Australia only came as a paperback whereas the first volume had a hardback option. Since the second volume was sewn in signatures before being glued into its soft cover I just had to remove the glue and cover then bind it with a hard cover. 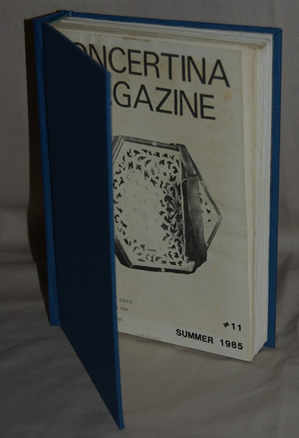 I had had some sets of folk magazines bound for me some 20 years ago and appreciated having them preserved so. It included a full set of Singabout, a full set of Australian Tradition in two volumes, and the first 10 issues of the Concertina Magazine. The last 15 were begging to be bound also.